The ONS reported that prices in 2015 increased fastest in Eastern England with a 9.7% increase with Scotland at the other end of the scale with a fell in house prices of 0.2% during 2015.

The breakdown of where house prices rose fastest in 2015 can be seen below: Looking at other organisations that have made predictions relating to house prices in 2015, we can see that there has been a substantial variation here.

Halifax presented the highest prediction with their published figure of 9.5%, whereas Nationwide Building Society believed the figure was much lower, stating that UK house prices only increased by 4.5%. The ONS, who’s figures are regarded as the most reliable data on house prices, show that both of these predictions are way off the mark.

These figures are a positive sign for UK home-owners but experts are still warning that these increases far outstrips the 2% wage growth figure, meaning a continue housing crisis in the UK.

Jan Crosby, head of housing at accountants KPMG, who believes this crisis will only worsen if the supply of new homes in the UK isn’t increased,  told the Guardian newspaper: 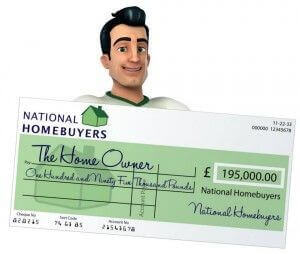 National Homebuyers will buy any house or property in any condition!