In the wake of the Brexit referendum, the apprehension felt by the majority of Londoners regarding the decision to leave the European Union appears to be well founded based on new data released by Hometrack.

While many other of areas of the UK have, so far, managed to escape the negative outcomes that so many feared would come to pass with a slowing economy, London is suffering greatly thanks to insecurities over whether or not the majority of international companies that buoy the capital’s economy will continue to operate in the same capacity once Article 50 is finalised.

In nearly half of all London postcodes, house prices appear to be in freefall – even in the surrounding boroughs that were expected to be immune from the dire straits in which the financial services sector has found itself in the last 18 months.

Conversely, larger northern cities such as Manchester and Liverpool have found their sold house prices growing at an unprecedented 7% per year – with experts reasoning that the movement of large companies such as the BBC from the capital to growing cities with cheaper land rates is behind such an uptick.

While the majority of homes suffering from plummeting values appear to be located in wealthy areas such as Camden, Islington and the City of London, this devaluation is already beginning to affect homeowners that are already struggling to pay the exorbitant prices in the suburban areas surrounding the capital. For many, there is already a growing fear that further falls in value could leave a large number of buyers who have purchased in recent years in a state of negative equity. And in areas where high demand caused house prices to soar in the years following the financial crisis, this scenario is becoming more likely by the day.

Fears are also growing amongst industry analysts as to how the UK economy will fare once it leaves the EU, with many worrying that the woes currently being experienced by those in the south east are merely the calm before the storm. And while in the short-term, the narrowing of the north-south divide in relation to property prices may seem great for those in more northerly areas, there is still a strong belief that once the funding supplied by the EU to these areas is withdrawn, the problems felt by Londoners may soon become prevalent throughout the entire country.

Sadly, those who are looking to sell their house fast in and around London are ultimately facing a war on two fronts. Not only are they losing equity on the homes they intend to sell thanks to a weakening economy, but with a growing number of vendors placing their homes on the market, they are finding themselves in direct competition with those in a similar situation. While many will be relying on the traditional route of using a local or online estate agent, the harsher conditions due to a stagnating market means that many sellers are looking for other means through which to sell, and these include house buying companies such as National Homebuyers who will buy any house regardless of market conditions, and are happy to complete in as little as two weeks.

Looking for a quick sale in the capital? Why not ask National Homebuyers for advice, as we buy any house. Call 08000 443 911 or request a call back to find out how much you could get for your property. 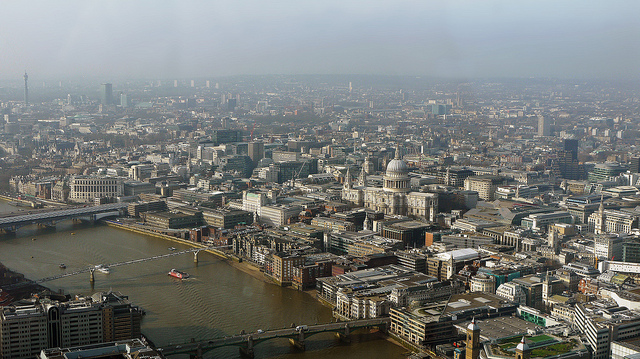