With an increasing number of factors affecting the housing market, anxiety levels are beginning to affect the industry’s buoyancy. 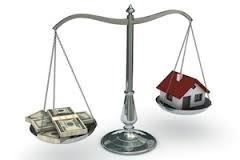 The Ipsos Mori Issues Index is used to track the public’s feedback regarding important societal factors and their link to stress – and, this month, housing has risen to the fifth most stressful issue facing the country, outranking education, unemployment and crime.

The last time anxiety levels were this high was in October 1974, during the second banking crisis of the seventies, which spelt the end of the post-war boom. This means it is currently higher than the levels recorded before the 2007 recession.

The Ipsos Mori survey, which began in 1974, interviews 983 people each month in face-to-face interviews using the following questions:

WORRIED ABOUT THE EFFECT OF INTEREST RATES? GET AN OFFER
➜

While the index still rates the NHS, immigration, the EU and the economy above housing, in terms of issues that need to be tackled, it nevertheless paints a depressing picture for an industry driven by consumer confidence.

“While immigration and the EU remain at the top of public concerns, anxiety about housing has now risen to the highest level in over 40 years, especially among the young and Londoners,” said Ben Page, chief executive at Ipsos Mori.

With London facing the burst of its property bubble – due to the movement of established companies to northern cities for cheaper operating costs, the building of the HS2 rail link and the August Resolution Foundation support stating that home ownership is at its lowest level for thirty years – property selling experts have found it unsurprising that potential homeowners are being more cautious in their approach to purchasing a house, leaving those who need to sell at a distinct disadvantage.

For those who are desperate to sell, there are always property buying companies who are happy to buy any house for cash (regardless of its condition or location), with competitive prices and excellent customer service.

Need to sell fast in the capital? Why not ask National Homebuyers for advice, as we buy any house. Call 08000 443 911 or request a call back to find out how much you could get for your property.